Where there is hierarchy there is violence (part one)

A line from my novel, Crystal From The Hills: a section wherein Chris Leavitt is reflecting upon doomed relationships, including those with authority. Bosses tend not to like him, want him gone. Sometimes the exiles occur abruptly, yet directly. The separations are brutal yet honest. But mostly, Chris’ rejections have been subtle, protracted, and torturous, in work and play. His has ruffled the feathers of doctors at the hospital in which he works as a surgical assistant. Administration is biding its time, following procedure and deliberating on how best to let him go. Jill Evans, his girlfriend, has been inconvenienced, imposed upon, even clumsily assaulted by Chris, yet her most basic complaint about him touches on none of these crimes and misdemeanors. He has let her down, for sure, but mostly because he had once, quite simply, sold himself as being more winning than he really was. Read my novel and you might identify if you’ve ever felt yourself slide from a pedastel; the chill of being slowly pushed out an exit door.

Consider the assault passage between Chris and Jill, which has stirred controversial reactions from my few readers thus far. The reason: there is power involved. Hierarchy in sex: it’s a delicate area, and what I imply is that the lines of authority are unclear. Here are the passages in question:

**Anyway—that day in the supply room: It was a curious moment for her; a hijacking of good sense, with her split-off libido disguised by charitable aims. An unwise decision was made: namely, to sexualize the moment—just a moment—and then maternalize whatever followed. More thoughts followed, mostly containing the word bad. Bad girl: that’s what I’ll be, she resigned.

As she pulled away from an initial kiss she regarded the aroused grimace that flushed his features, and

considered an abrupt escape. She was following an impulse that seemed real at the time, but pathetic soon thereafter. She kissed him again, thinking one more will placate, and one more will feel good. One more did feel good. Jill, staring past his ear toward the blur of a window behind them, felt the drop of his pants, the aura of his flesh radiating heat against her thigh. “Chris,” she tentatively whispered. His hands started to fumble about her waist. Too late. They were heading toward the string of her scrubs, pushing away her fingers as they tried to leverage their way in. Jill felt the pressure of the closing space; the impermeable softness of his hips as they formed a barrier against her.

She was transported to the night before, when he’d kissed her hard on the lips and then pushed her on to her bed, ultimately breaking a spring. His eyes, transformed in a flash from a light blue to charcoal emptiness, bore into her like the eyes of a black-eyed shark biting down. Jill anticipated the sharp pain of a bite and the tearing sensation of a terrible invasion. She wanted to stop. Jesus, she thought. She had to stop. It, the invasion, never really came, because within a minute Chris did. Time stopped, like it belonged to someone else, and now that someone was seizing control. Jill’s eyes let her down. She closed them as a pain began—the digging in of his fingers into her arms, like they were stakes being driven into the ground in order to fix a tent. He broke his grip just once. Reaching down with his right hand, he pulled from the underside of Jill’s buttock, attempting to leverage her into an inclined position. Jill found a wedge between her body and Chris’ ribs. She inched her way up his torso with her fingertips. Feeling the rub, Chris’ pressure relented as he assumed her cooperation—a dream come true—and so pressed himself against her. Next he felt a blockage and looked down into the thin, dark crevice that could be seen between them. An inexplicable obstacle was stalling penetration. He could barely make out the detail of a wrinkled skin wedged against an opening, looking vaguely like some creature desperately trying to squeeze in through a crack in a door. Though not optimally firm, he

nonetheless felt a gathering within his system. It felt thin, yet insistent, the incipient stream. An ambiguous pain, a drip sent along a catheter, passed through his shaft like a wayward satellite. No, he thought. He panicked.

Round tow: in the closet the next morning she called out, intruding upon his fast wetting reverie, this hasty attempt to wipe out the memory of the previous night.

“Chris!” Jill cried, this time with a contortion across her face. Startled, he opened his eyes and noticed with horror the tight grip he had upon her arms. Immediately he looked down and discovered her hands against his chest, now pushing him away; now working against him. Looking through her hands, he peered down into the chasm between their bodies, as though catching a visual reminder of the previous night’s ignominious effort. This is not how it happens in the movies, he thought briefly. Forgetting himself, he let out a snort of ironic laughter at which Jill growled. With her hand pinned against a shelf, she was by now working with a stubborn pain, and became enraged. She felt the throbbing pinch against her artery and reflected for a second that the self mutilators that fill the upstairs ER will know something of this feeling.

With a quick series of thrusts, Jill broke away and fell back against the aluminum stack of shelves. Though her arms fluttered and blocked him from getting closer, it was the strength of her legs that won the day. Pistoning against him, they ejected her backwards. She slid backwards with surprise, having expected the shelf to form a hard barrier and obstruct her from creating space. Instead the shelf gave way, and let her fall to the ground. Thanks for nothing, she thought of it. A crash of three stainless steel covers, tops to bottles containing needles, sounded out, punctuating the collision. Jill rebounded, and with an instinctive jerk, kicked out at Chris’groin, catching him hard upon his upper thigh. **

So, what’s happening here? It seems to bear explanation, I think because the average reader moves quickly, passing by the repeated signs, the beta elements to which I am continually drawing attention. Clearly, there are two scenes being reflected upon, both ostensibly consensual encouters, and the climax of the first is about premature ejaculation, not rape. The second scene, the incident in the hospital supply room that gets Chris in trouble, not only with Jill but also his employers, is the more ambigous happening–a clumsy grapple combining feelings of lust, anxiety, the influences of adrenaline, memories of past and lurking humiliations. Chris and Jill are kissing, but just as he had the night before, Chris loses himself, loses touch with his own feelings, and in turn, with Jill’s. This is what makes him dangerous–his disconnectedness–and so he hurts her. Fortunately, Jill can fight back with the spirit and athleticism foreshadowed by previous characterizations (not to mention reenactments, such as the street mugging she experiences), and so she can exact revenge, at least spontaneously.

These passges, story elements, and characterizations are about the problem of conflict: how people contain or exhibit aggression; manage their hate alongside their love; how they navigate power within the confines of intimacy.

BTW, in keeping with my interest in Beta elements, there are some symbolic fragments either referenced in the above passage, or alluded to elsewhere. For example, a section of backstory earlier in the novel references the infamous Versailles Treaty of 1919, which illustrated humiliation between adversaries, and here used as foreshadowing of the humiliation between lovers. Meanwhile, the above passages refer to a broken spring of a therefore broken bed (i.e.: the broken, sexually dysfunctional relationship). Finally, the references to movies (one of several in the novel) are a shorthand characterization of Chris’ flights into fantasy. 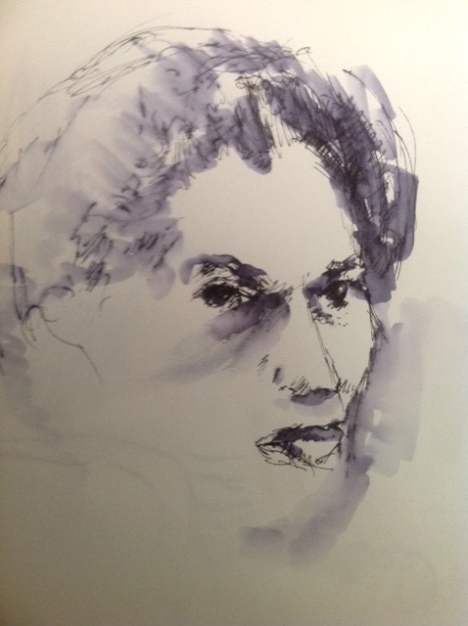