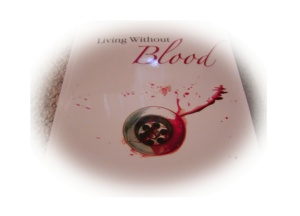 When I think of trauma, I think of heuristic notions that I’ve fashioned in my mind in recent years and then spoken in sound-bites to clients and peers. My favorite—largely because it seemed catchy when I first thought of it—is one in which I address the saying, “time heals all wounds” by saying, “no it doesn’t. It is consciousness followed by honesty that heals wounds”. This was partly a reflection of reading (though I cannot cite the sources), partly a result of clinical observation, and largely a result of private experience. I’d simply known people (including myself) for whom thought, behavior, and feeling seemed frozen in time; memory fossilized as opposed to preserved—inflexible, and more importantly, not open to discussion.

In recent years I’ve tended to think of trauma more in terms of feeling, of affect, rather than thought, memory, or behavior: listening to drug addicts “war story”; that is, recount the details of their drug use and the accompanying problems with flatness in their voices, or sardonic inflections as they spoke of the “crazy” aspects of their lifestyles. I reflect on my grandfather, a veteran of WWII, and more specifically, of the famous British evacuation of Dunkirk in 1941. As a kid I once innocently asked him to tell me about “fighting” the Germans (I didn’t realize it was more about the defeated—and likely shameful—running away from Germans). Granddad, as he was called, was curiously reticent about “fighting”, and was even more curiously without anger, excitement or sadness when speaking of his memories. Most curious was the specific memory that stood out for him: his anxiety about losing his weapon on the beach, mostly because that would have annoyed his officious sergeant. Years later my father explained that Granddad’s anxiety was compounded by the fact that he couldn’t swim. He had a dilemma on the day of the evacuation: attempt to swim and likely drown, or stay on the beach and get shot. His life was saved by that officious sergeant pulling him to a boat.

Through reading and discussion, I learn that trauma manifests chronically with problems of hyperarousal and dissociation, and while symptoms of hyperarousal (such as panic attacks, nightmares, or startle response) may draw clinical attention more commonly, our attention should also be drawn to flat affect, inattention, so-called “shutting down” responses such as the dissociated client’s “I don’t know” or “I’ve gone blank” statements. From our reading of attachment research, we learn that the Hypothalamic Pituitary Adrenocortical Axis is a significant barometer of an individual’s response to stress: that when activated, a process follows wherein the Autonomic Nervous System is activated, and from that, a dissociation pattern which disengages the individual from stressful stimuli, rendering them “safe”, if maladaptive.

If clinicians are to address these problems and help people, then psychiatrists and therapists must either interrupt the consolidation of memories, or else provide the safe context for the symbolic (as in verbal) expression of feelings. In terms of psychiatric intervention, we learn that pharmacology may have a role in the reduction of PTSD symptoms, which may in turn pertain to the consolidation of memories, the “freezing” of memories in tandem with emotional states. In terms of therapy, I recall Jude Cassidy’s 2001 article, “Truth, Lies, and Intimacy”, and her speculations upon trauma as a phenomenon that is exacerbated by the distortions that caregivers impose on memories, what I have fancifully termed “Hamlet syndrome” (It’s not just the murder of his father that is traumatic. It’s that no one’s speaking truthfully about it). This is bolstered by attachment research suggesting that those whose past traumatic episodes have been acknowledged truthfully (such as Holocaust victims) are more inclined towards secure attachments.

In the Masterson model, we hear the broad suggestion that a clinician focus on deficits of the disordered self prior to working directly with trauma: meaning, the containing of acting out behaviors through the establishment of a therapeutic frame, the containing of transference acting out in the therapy, as well as destructive behaviors outside of therapy; the creation of a therapeutic alliance (TA).            What else do I want to know? Not sure, but the following quote from the Barbara Short chapter in Masterson (2005, P. 102) stirs my thoughts: “During times of strong affective arousal or dissociation, the therapist can reestablish contact with the patient best by not calling attention to the projective aspect of her experience. That has to come later, when the patient is in a more differentiated mental state.” This statement would appear to have significant implications for a model distinguished by attention drawn to defense, albeit in a sequence that proceeds from an empathic opening.