Remember the Big No 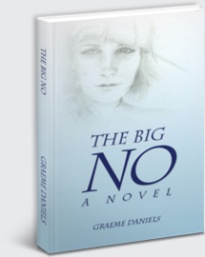 Masterson criticized Kohut’s theory of an independent line of narcissism, his idea that the self matures from infantile forms to mature forms through the self-object functions of parents (mirroring and idealizing) who, once again, don’t exist so much as separate individuals as much as they represent functions in a strictly vertical line of development. In Kohut’s model, which would appear to have influenced the latter day Strength-based movement which is aimed at kids in schools (and also kids in special needs programs), the individual seeks mirroring and idealization in an effort to correct prior deprivations. These ‘efforts to correct’ reframe the discussion of therapeutic intervention. They de-pathologize the defensive actions of the narcissist, in keeping with a positivist, ‘non-judgment’ ethos, and the reader might consider the shadow side of this bias.

Years ago I created a different kind of drama centered around the so-called unempathetic mother. In The Big No, Jill Evans, my first and only female protagonist, is living a protracted separation/individuation from her mother, a Romanian immigrant now living in Northern California. Jill’s mother is religious, somewhat narcissistic in her own right, and protective of a secret past. From within Jill’s disturbed sleep the reader glimpses a world parallel to her own. Her recurrent ‘Cinderella’ dream plucks beta elements from her everyday life and posits her as a step-child of a controlling mother, and an absent and/or abusive father. Ugly sisters are jealous and venal, and the father is a humiliated failure with sinister, exploitative friends. The dreams, like Chris Leavitt’s shadows from Crystal From The Hills, portend the future, or else they call out the guilty in the present. Like the culpable mothers that informed Masterson’s theory, Jill’s mother has maintained libidinal availability as long as Jill has been dependent. As the story begins, Jill has returned home after a relationship failure and a job transfer, with her tail between her legs. But it’s her dogged unconscious combined with later efforts to uncover family secrets that bristle against the family order: the mother’s comfortable old-maiden-like existence, living in proximity to Jill’s two conformist sisters; the secure knowledge that the past has been stashed, and that everyone is safe. A confrontation ensues, creating casualties out of each character’s false selves, their stifled existence. Society must set limits on some things, and liberate others. Everyone has something or someone they must covet. Everyone has something to fight against.