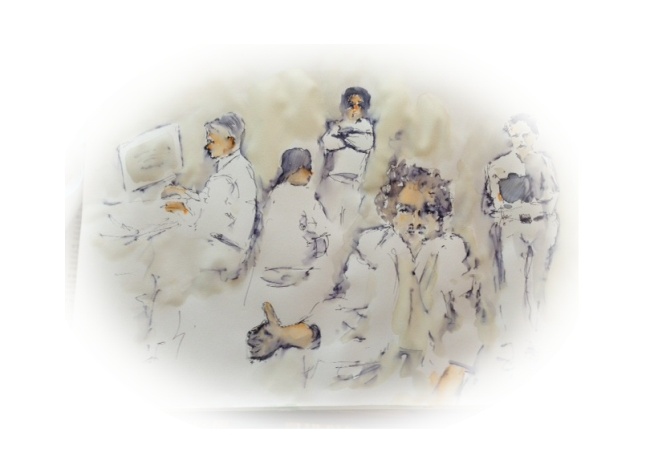 Within the branch of psychotherapy that is self psychology, which is derived from Object Relations Theory, which in turn is derived from classical Psychoanalysis, Heinz Kohut was pioneering. He was the first to emphasize the clinical manifestations of a grandiose self and an omnipotent object representations of a narcissist personality disorder. He also suggested the existence of a ‘healthy’ narcissism, and posited psychotherapy as a restorative exercise in which afflicted patients receive “correctional emotional experiences” through what Kohut termed transmuting internalizations.

He prescribed the technique of mirroring, in which a therapist repeats back what a patient has said, then amplifies its importance to the individual. The therapist doesn’t necessarily elucidate the defensive purpose, which was a problem in places like Thunder Road, the adolescent drug rehab in which I worked for fifteen years, and which I depict in my book, Working Through Rehab.

At Thunder Road, the first order of business was the containment of acting out behaviors, especially destructive behaviors like drug abuse and violence. Mirroring alone wasn’t sufficient to contain this acting out: it failed to acknowledge reality, both of the consequences of destructive behaviors, and also the reality–meaning, the thoughts and feelings– of other individuals, including that of helping professionals. I mean that therapists aren’t fantasy parents. They reject, disappoint, criticize, as anyone does. Sometimes they love, but they don’t really correct. The Kohutian therapist focuses on the inner experience of the patient, more or less ignoring the possibility that what is “needed” may be a distortion, a need with a defensive purpose, such as an expression of helplessness, which may in turn justify apathy. If the therapist doesn’t confront this response (which might be a behavior as well as an internal event) the defensive purpose may be reinforced and treatment may reach an impasse. As a therapist in a residential milieu, it is easy to become overwhelmed, consumed with the day-to-day lives of patients, the hand-wringing, fretful concerns as to whether these individuals will “make it”. This plus the volume of work is the reason that many burn-out, or so management assumes. In my opinion, it’s not. The reason there is high turnover among staff in drug rehabs is the sense of objectification and futility: the experience of being used by patients, and by management, for the mirroring of their insatiable needs. It is the sense that problems never stop, that business never stops, and finally, that some interventions are iatrogenic–not only unhelpful, but also counterproductive. The whole process seems a reenactment of an insidious, circular pattern begun long before treatment started. For the concerned and astute helper this is demoralizing. In actuality, it’s this that leads to burn out.