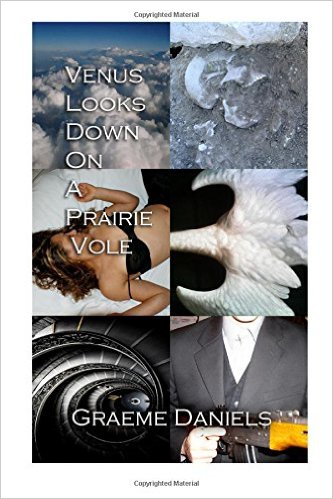 In August 2014, the California legislature passed bill AB1775, a law that redefines sexual exploitation for the purpose of mandated reporting guidelines. For the first time since the codification of child abuse reporting law in the early 1980s, the consuming of a product (such as the accessing or downloading of illegal pornography) must be reported by mental health professionals and other mandated reporters to authorities. For many in the field of mental health, this bill constitutes a threat to therapist-patient confidentiality, a bedrock principle in the treatment of mental health disorders. The bill was written by child advocacy groups in coordination with California police departments, and was promoted as “cracking down on child porn and child abuse” by assembly woman Melissa Melendez, though it was written by lawyers for the California Association of Marriage and Family Therapists, whose 30,000 deep membership mostly learned of the bill just weeks prior to its passing.

This controversial law serves as a real life backdrop to my novel, Venus Looks Down On A Prairie Vole, a first person narrative about an alcoholic, widowed psychologist named Daniel Pierce who takes an impromptu hiatus from his practice, only to be stalked by a former prostitute and lawyer who wants information about and his intervention with a recent patient of his whom she says has perpetrated a child molestation. Pierce resists intervening or giving information, citing patient-therapist privilege, though he is intrigued by the woman’s ardent appeal, for professional and personal reasons: attracted to her, he is nonetheless unmoved by her insistence that he break the confidentiality of his patient as he finds her pretexts grounded more in prejudice than in substance. Aware of his patient’s substance abuse, predilection for prostitutes, and compulsive use of pornography, he doesn’t dismiss the possibility that a crime against a child has occurred, but he resists reporting information that will likely prejudice police, a criminal or family court, or a jury. Unknowingly dodging subpoenas, Pierce retreats to a sober living house to examine his grief, his conscience; even his role in society. However, in the small world of 12-step recovery, he meets the patient who is the object of so much fear and suspicion. The impromptu hiatus becomes an impromptu therapy between two men, neither of whom is a shining example of mental health.

The novel is a dramatic expression of social concern: about the role of the psychotherapist in society, which is a subset of society’s broader desire for heroes, sometimes at the expense of reason; about the need for privacy such that effective mental health treatment can transpire; about the relationship between pornography and sexual abuse; about the influence of feminism upon sexual mores, the process of family courts. As a psychotherapist who works with self-proclaimed sex addicts, state-identified sex offenders, I observe a degree of cynicism on all sides: within the minds of the offenders, or addicts, but also within the schemes of their critics and persecutors. In one sense, it’s no surprise that Daniel Pierce is a burn-out case. His personal drama illustrates what has previously fascinated readers of Irvin Yalom’s novels, or viewers of the HBO drama, In Treatment: that mental health professionals are also flawed, and vulnerable to addictions, if not anti-social behaviors. I think this unknown facet of the mental health professional intrigues members the public. As my protagonist states, they want “in the room” of psychotherapy, to find out what’s being said and done.

Sprinkled within this heavy drama is an equally heavy dose of satire. While excoriating the state’s intrusion upon mine and others’ professional space, I also poke fun at a few segments of society: at the subcultures of pornography and 12-step recovery in particular. Meanwhile, my text lampoons the social engineering that occurs in advertising, via the themes of TV commercials; the products that line the shelves of retail. I write with mischief about contemporary issues that subtly divide men and women, teasing feminists and paternalists alike. This commentary is intended as comic provocation, but is not comic relief or gratuitous soapboxing. These themes are the subtext of my protagonist’s alienation.

The result is a melancholic, if sometimes flippant (some say arrogant) story that is typical of my style. I’ve written four novels prior to this one, but despite better reviews for previous efforts, I think this novel my best. I like repeated themes, inside jokes, and metaphor that stirs the imagination of the reader. I like anti-heroes, difficult people who are not easy to understand, because real people are not easy to understand. Venus Looks Down On A Prairie is an obscure title, no doubt—but no more so than Catcher In The Rye or even Fifty Shades Of Grey—and its meaning should not elude an attentive, curious reader, whom I intend to engage in the deepest possible way.